One of the new InDesign CS5.5’s EPUB Export Option features is the ability to control whether images are exported with Fixed width or Relative to Page Size setting. In this blog-post I’m running through a few findings.

I’m only looking at the Fixed / Relative to Page Size settings in this blog-post, I realise there are many more settings and options available for images and object export, but will leave those for future blog-posts.

The example I’m using throughout this blog-post uses the following settings: 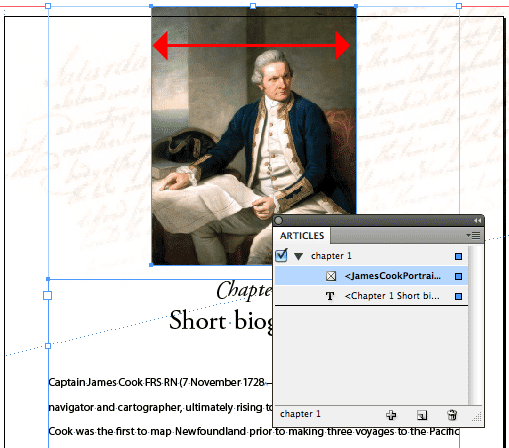 Selecting Fixed from the Image Size menu in the EPUB Export Options dialog seems to apply the following image resampling and resizing logic:

The resulting HTML, applies a few more calculations it seems. As the width and height attributes display the following:

Looking at those figures, I’m wondering where these settings originate from. It seems to be about 50% of the pixel dimensions in step 3 above. When I reduce the image size to be 25% of the text frame width, the HTML result again approximates this 25%, but is not exact.

The difference could be caused by rounding errors, but in all honesty I’m not sure if my theory is correct.  But let’s leave this be, as the main reason for this post is to look at what InDesign does with images in various positions when the Image Size setting is set to Relative to Page Size setting.

So what happens when we use the Relative to Page Size setting?

Once again taking the same document I’ve tested with in the prior example and only changing the Image Size setting in the EPUB Export Options to Relative to Page Size.

The physical image size that appears inside the EPUB package is identical to that of the previous example, which I reckon makes sense, as it’s consistent. As the image is about 41% of the page-width, the HTML outcome is no surprise:

Note: InDesign nests images within a paragraph (p) element in resulting HTML. As there is no setting that allows us to define the paragraph style for this presently, the class values are automatically assigned during EPUB export. Resulting in the display of ‘para-style-override-n’ class values.

So I wondered if Inline/Anchored images would provide a similar result when using the Relative to Page Size setting and ran a few more tests to try and understand what’s actually going on. 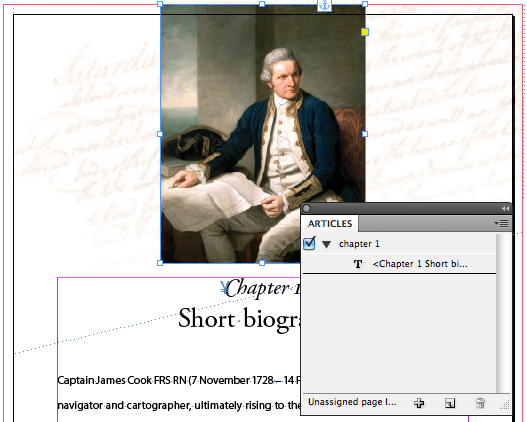 First of all I turned the previous ‘floating’ image into an anchored object, and ran the EPUB Export again. Ensuring that this time I also selected the Settings Apply to Anchored Objects checkbox.

Alright, so considering I’m using the Relative to Page Size Image Size setting, I would expect the resulting HTML to set the width attribute to 41%. However, upon checking the HTML I discovered that for anchored or inline images, InDesign sets the width percentage to the relative text frame width. Which in my example is 50%.

So it seemed at this stage that the relative image width setting is based on the width of the parent object within which it resides.

That begged the question: what happens when a text frame has a text inset AND contains an inline/anchored image. Would InDesign look at the parent text frame and regard the text inset values when calculating the width percentage? 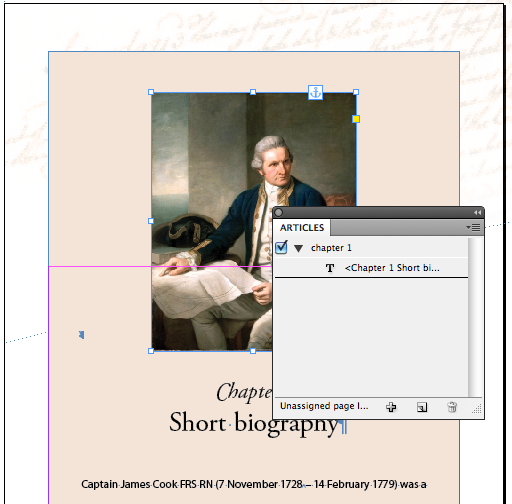 A quick design change, and new EPUB export answered that question. And wow… was I surprised to see the result!!!!

The width percentage changed to 59%! That is seriously cool! And provides tons of potential in other areas – about which I will write a blog-post later on… I’m trying to stay focussed on the Relative to Page Size setting here… which as you can see now, shouldn’t be taken as ‘relative to the InDesign page size’, but relative to the parent text frame size.

Ok, so I sneaked in another tiny test… narrowing the previous text frame, and pasting that PLUS its inline image, into a new text frame set to the original width and inserting some text in this frame as well… to see if InDesign was looking at the parent of the inline graphic or the top-level parent… and it seems it looks at the parent of the inline graphic itself when setting the width percentage.

So that left the question: Would this work for inline images in tables? Let’s take a look.

Alright, so I created a simple 2 column table and inserted the inline graphic. The graphic filling 100% of the cell width to check if this relativity to parent object (table cell in this case) would work as well. 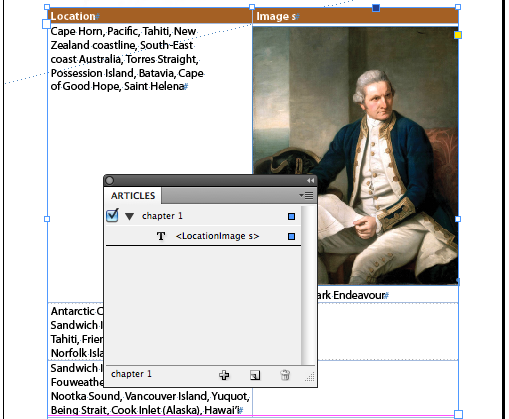 Only the parent text frame is considered when calculating the relative image width, the parent cell width is ignored. This means that the image width will be set to 50% in my example, resulting in the image displaying at half its size inside the table cell.

Take away the following: For the time being be aware that when using inline images inside tables, you’ll need to jump into the HTML and alter the width values for those images.

In the meantime I’ve filled out the feature/bug form, so hopefully in the future the relative width behaviour of images will be further enhanced. Also: If anyone’s figured out an alternate work-around or setting that changes this particular behaviour let me know and I’ll update this post or add a reference to your blog-post on the topic.

A feature enhancement for Adobe would be to remove the confusion that might be caused by the “Relative to Page Size” setting, I would propose changing the Image Size drop-down menu options to read:  ‘Fixed’ | ‘Relative’. Additionally ‘Relative’ width settings should be calculated based on the width of the parent element. Thirdly, to eliminate the issue of automatic para-style-override class value assignments, it might be an idea to allow the user to define this ‘external’ paragraph style, either during EPUB Export or as part of the Object Export Options…

A word about iBooks: Just wanted to point out that presently there is still a bug in iBooks (eReader for iPad), that ignores the width attributed set for images. Liz Castro has written an excellent blog-post about this some time ago, that also provides a work-around for this issue. Reference: Controlling Image Size in iBooks.