This is the third in a series of articles I’m dedicating to conversion of print publications to EPUB. The first article covered handling of content order, the second looked at controlling break points in EPUBs. I was going to dedicate the third article on text-formatting, but have decided to return to the topic of graphics for this one. I’ve written a little on how Adobe InDesign CS5 handles image quality during EPUB conversion.

One of the things I’ve not yet covered is how we can handle illustrations, such as info graphics, that are partially constructed in Adobe InDesign. I spot these types of grouped illustrations in quite a few publications created in InDesign, often in books destined for the education market. The problem with these types of graphics is that both export to EPUB based on Page Layout and XML Structure  ignore the grouping of the objects. Something that David Blatner also pointed out in a recent article on XML structure vs Page Layout. Let’s take a look at what happens to this type of InDesign content during EPUB creation, and how we can fix things.

Ok, so what’s the issue with these grouped graphics and EPUB creation from InDesign? Let’s take a look.

Below is a little cartoon type illustration, consisting of an Illustrator drawing (graphic), speech bubble shapes drawn in InDesign (unassigned objects), and two overlapping text frames. All of the illustration components have been grouped together  (Object > Group)  so that the illustration can be easily moved around the page for layout purposes as a single grouped object. 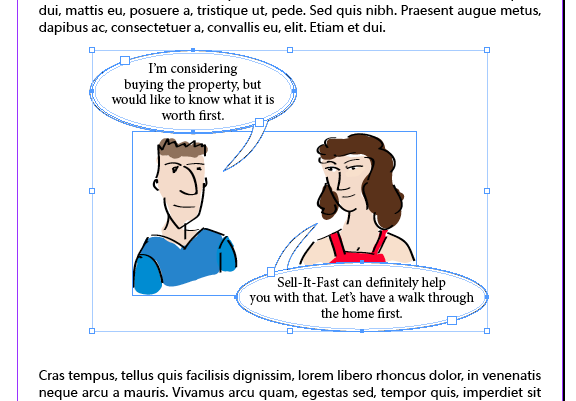 Whether you turn this into an inline graphic and use Page Layout as a content order source, or work with XML structure, the outcome will be similar when we export this page to EPUB from InDesign.

InDesign handles a grouped object as if it is not grouped at all… Any unassigned objects — the speech bubbles — are ignored during EPUB export. The text and graphic frames are handled as if they are individual objects. What we end up with is an illustration that has been totally broken apart, with some components missing. 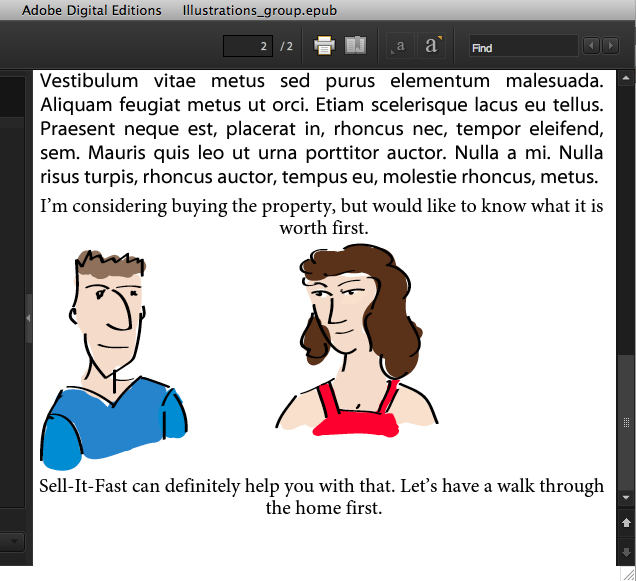 Not a pretty sight right?

Luckily there is an extremely easy way to fix this! Without having to redraw your artwork in Illustrator.

A little bit of magic = a fix…

The trick to turning this InDesign graphic into something that can still be edited in InDesign AND generates the intended appearance of the illustration in the EPUB is found in a fantastically clever plug-in that Martinho da Gloria of Automatication wrote for InDesign called Layout Zone. He has made this plug-in freely available. (Thanks you Martinho!).

Download and install this plug-in (the CS4/CS5 version). Once you’ve installed the plug-in: 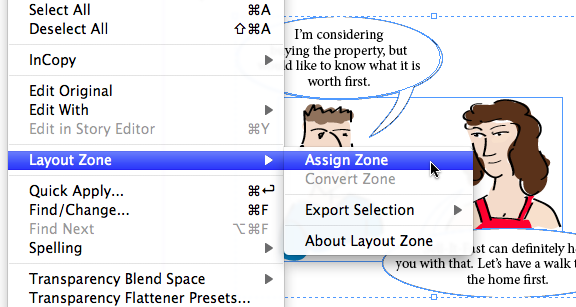 Note: At the time of writing Layout Zone does not support Inline Groups. So if you are using a Page Layout order for your EPUBs, you’ll need to unanchor the group first, then Assign the layout zone, and re-anchor it afterwards.

What Layout Zone is going to do is generate a brand new InDesign document from the selected group. So you’ll need to give your InDesign illustration a name 😉 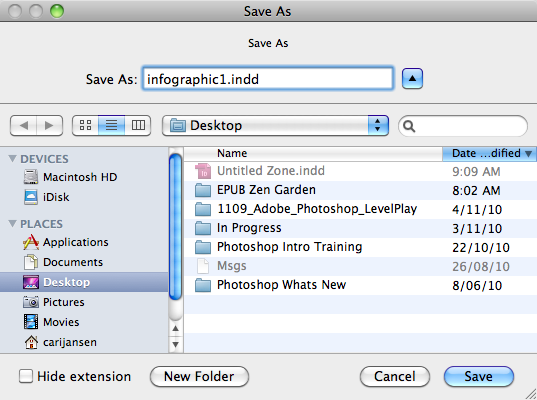 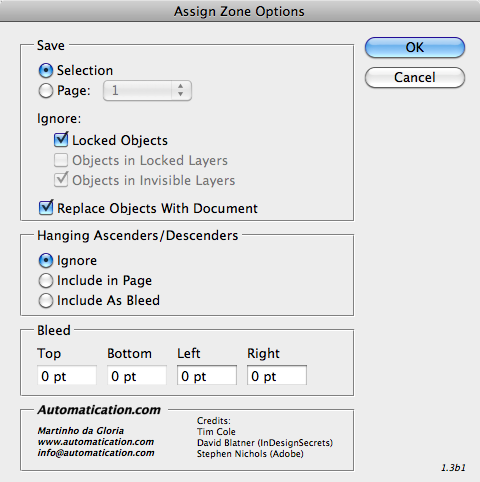 Layout Zone now performs its magic… replacing your previous artwork with a link to the InDesign file it has just created. 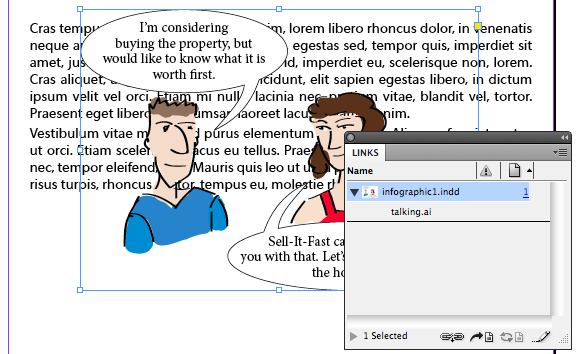 oooh, how cool this is… Yes, I’m jumping up and down a little here!!!

All you need to do now is either turn this graphic into an inline/anchored object or assign its proper location in the Structure panel… and next time you Export to EPUB… (File > Export for > EPUB…), the result will make you much happier. 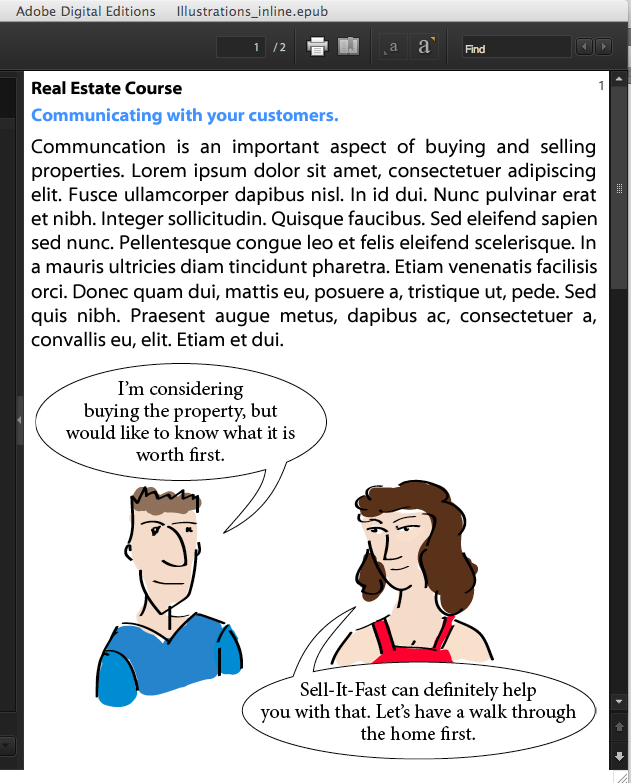 How’s that for a magical solution to the ‘how to get grouped illustrations into EPUB’-problem? I ‘heart’ it 🙂 (I just can’t help myself… my ‘little geeky’-part is still jumping up and down with excitement)…

Channels, Masks and Adjustment Layers…
Footnotes and Endnotes with InDesign…