This is the second in a series of blog-posts about GREP, written after speaking at the Perth InDesign User Group. My speaker notes are also available: What is GREP? (2.4Mb PDF download). In the previous post GREP was introduced, and we took a look at the Positive Lookahead. In this post we’ll review the Negative Lookahead.

To understand what a negative lookahead is, imagine yourself standing on top of that particular bit of text you want to change. Put your back to the start of the sentence you are in and look ahead think about what’s not supposed to be in front of it… 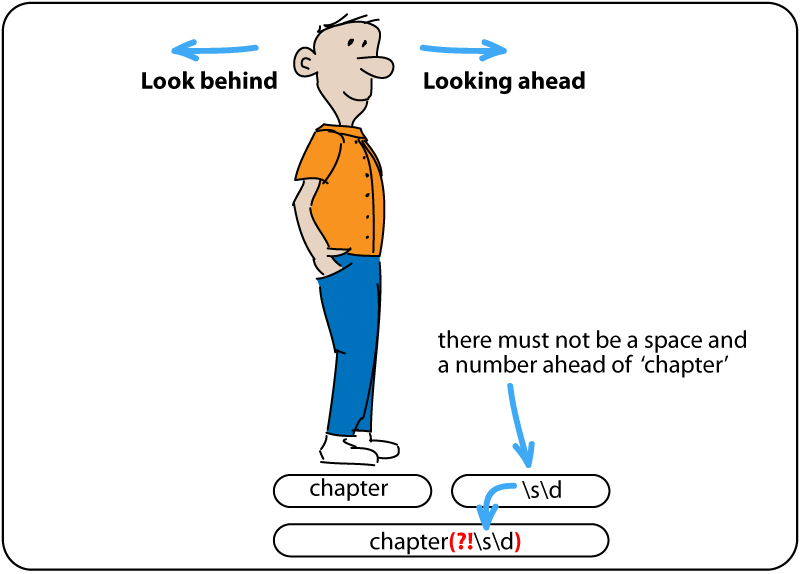 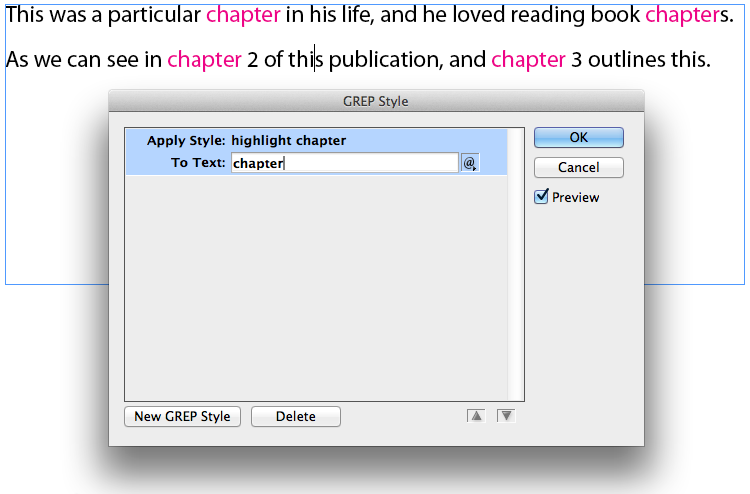 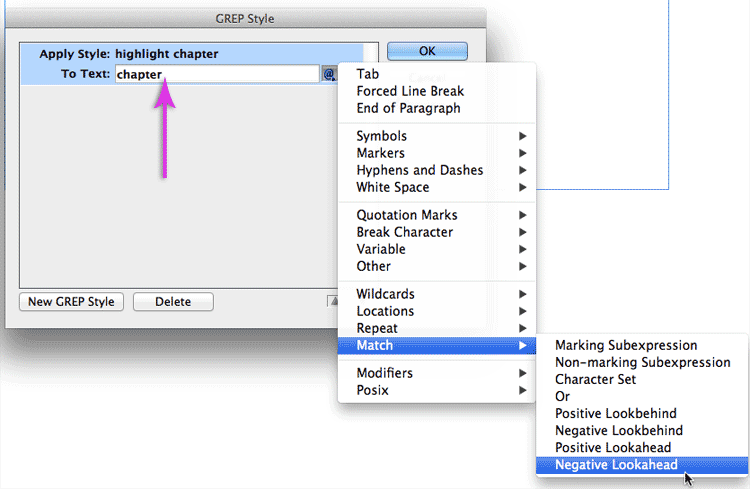 The To Text area now displays: chapter(?!). Next we need to insert the text that is ahead of the word we’re standing on… 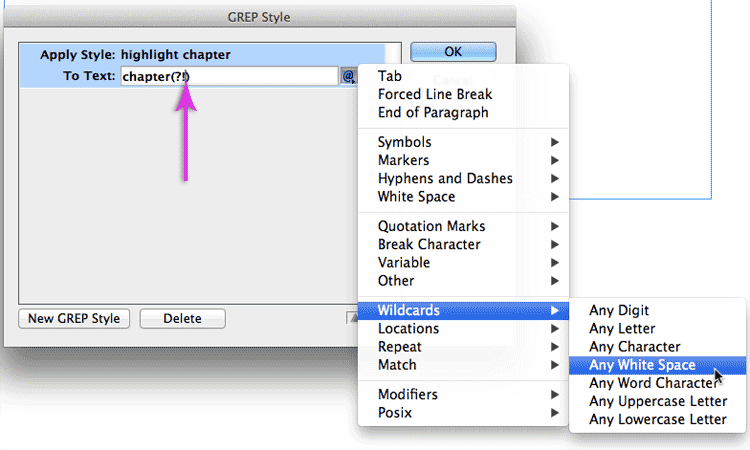 The To Text area now displays: chapter(?!\s). Leave the insertion point flashing after the \s 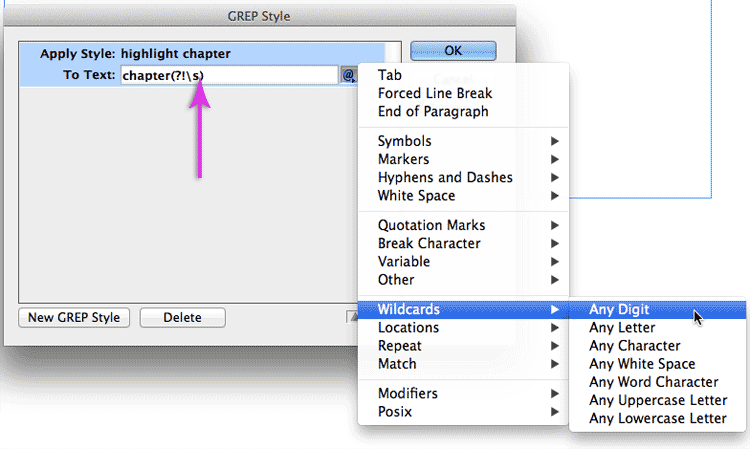 We have completed our Negative Lookahead at this stage. The third post in this series covers the Positive Lookbehind. 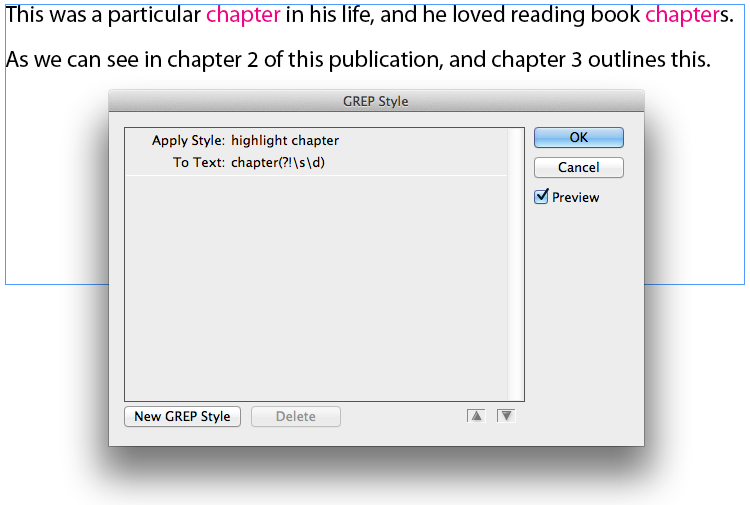