During a recent ‘Demystifying GREP’ presentation I gave for the InDesign User Group in Perth, I found myself almost physically jumping into a sentence when explaining the concept of Positive Lookahead. I’ve made my speaker notes available: What is GREP? (2.4Mb PDF download).
I promised the group I’d write up some posts on lookaheads and behinds specifically catering for designers 🙂 This is the first in a series of posts.

GREP allows you to locate text in a paragraph based on a pattern in which it appears, something that distinguishes that particular bit of text from surrounding text.

For instance text that:

GREP in InDesign allows you to:

To understand what a positive lookahead is, imagine yourself standing on top of that particular bit of text you want to change. Put your back to the start of the sentence you are in and look ahead at what’s in front of you…

In the example below you are looking at finding the word ‘chapter’ when it is followed by a space and a number. 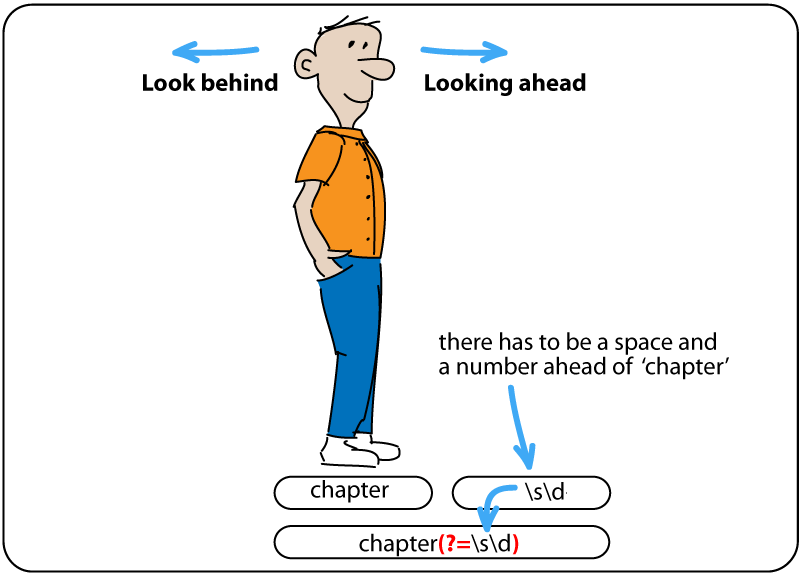 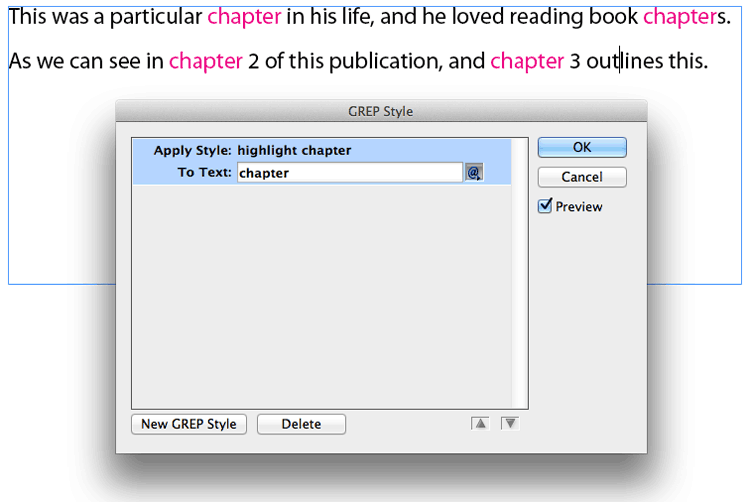 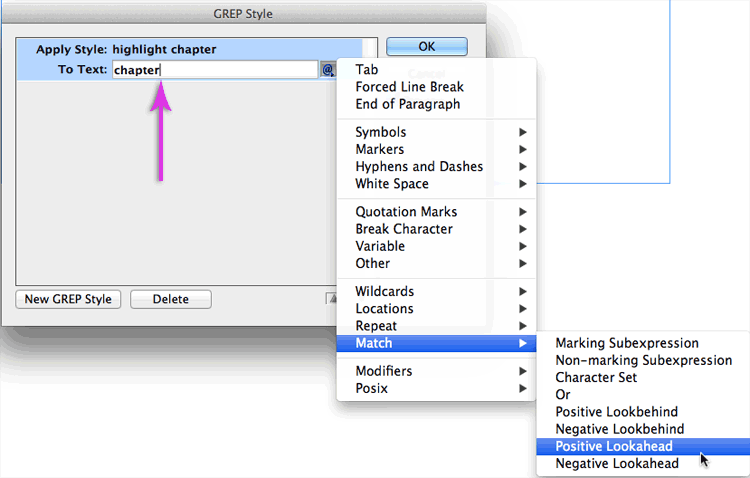 The To Text area now displays: chapter(?=). Next we need to insert the text that is ahead of the word we’re standing on… 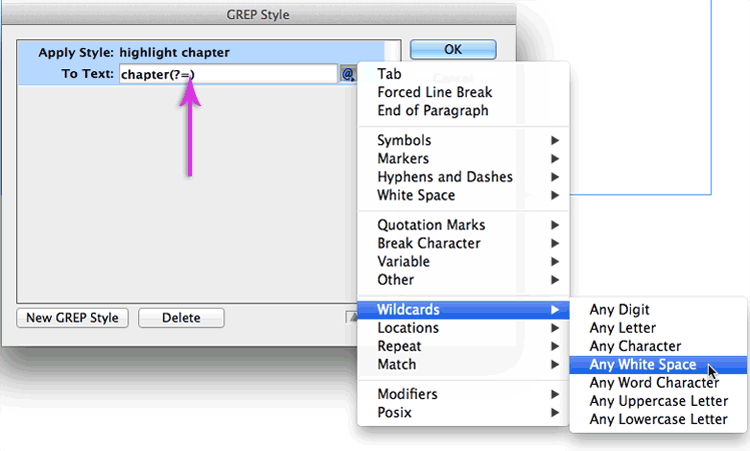 The To Text area now displays: chapter(?=\s). Leave the insertion point flashing after the ‘\s’ 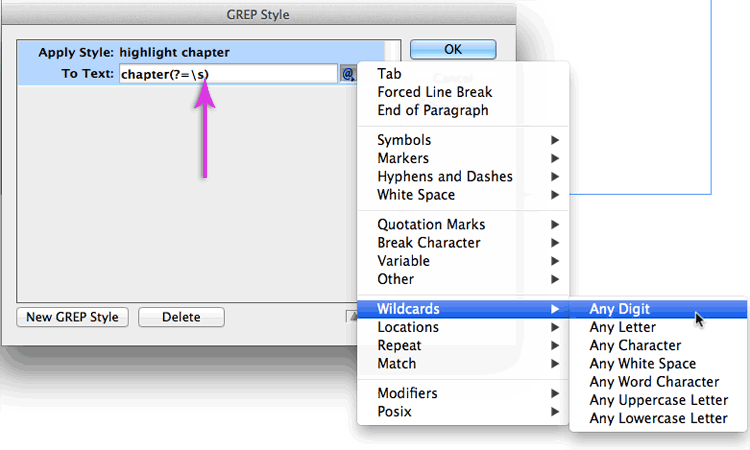 We have completed our Positive Lookahead at this stage. The second post in this series covers the Negative Lookahead. 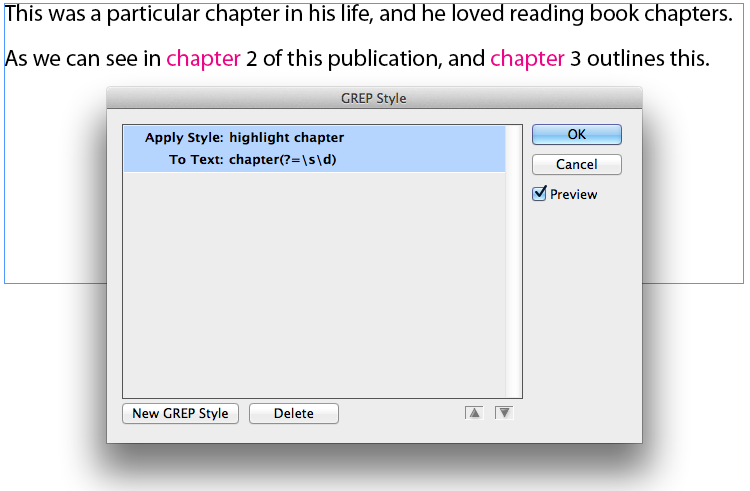